All structures including skyscrapers resist sinking into the soil beneath them despite their heavy load due to their well-designed foundation that takes into account the load of the superstructure and the bearing capacity of the soil available at a particular stratum at which the foundation rests.

Due to correct assumptions, predictions and design of foundation by geotechnical and structural experts no such failure of foundation occurs and really heavy structures can continue to stand for centuries.

To elaborate this, let me give a brief description about the bearing capacity of soil and other concepts of foundation design.

Bearing capacity of soil is the maximum amount of vertical stress it can bear before failing in either shear or excessive settlement. 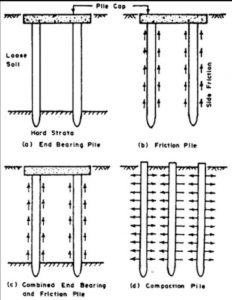 In case of skyscrapers a combination of traditional and/or innovative techniques are used for foundation design.