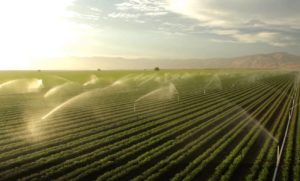 Different crop requires different amount of water – duties different.Crop requiring more water will have less flourishing acreage for the same supply of water as compared to that requiring less water.

Duty for a crop requiring more water and vice versa.

Duty varies from season to season, and also from time to time in the season.

Some of the rain falling directly over the irrigated land –useful for growth of crop – less irrigation water required to mature the crop.There are different types of rainfall or precipitation.

More useful rainfall less will be the requirement of irrigation water, and more will be duty.

How to measure Evaporation losses?

What are the Factors affecting Evaporation losses?

The permeability of the soil under irrigated crop is high, water lost due to percolation will be more –hence duty will be less

If cultivation method (including tillage & irrigation) is faulty and less efficient in irrigation, resulting in the wastage of water –duty of water will naturally be less

If the irrigation water is used economically, duty of water will improve, as the same quantity of water would be able to irrigate more area

6.Methods and system of irrigation

What is irrigation efficiency and how can be determined?

What is intensity of Irrigation, Gross and Culturable commanded area?