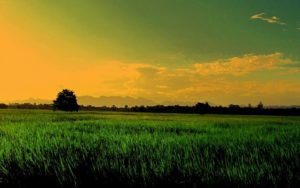 GCA- The Total area lying between drainage boundaries which can be commanded or irrigated by a canal system .Area divided into no.of watersheds and drainage valleys.

Canal usually runs on the watershed and water can flow from it on both sides, due to gravitational action only up to drainage boundaries

The particular area lying under the canal system, the irrigation can be done only up to the drainage boundaries.

GCA contains unfertile barren land, alkaline soil, local ponds, villages and other areas as habitation.Remaining area on which crops can be grown satisfactorily is known as culturable commanded area.

Such area is kept under no cultivation due to :