What will happen to a steel frame overloaded at the location of connection (bolted)?

From the question, the steel frame is ruled out considering that it has enough strength to support the overload.

In the case of bolted shear connection, there are several possibilities of connections. Namely,

Considering End Plate Connection, an increase in load would result in additional tension and shear in the bolt. If the tension capacity and shear capacity of the bolt group is sufficient enough to withstand the overload, the connection remains safe. 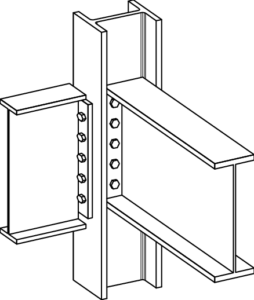 Secondly moving to Fin Plate & Angle cleat Connections, the load is transferred via bolts through shear. In this case, the shear capacity should be large enough to withstand the additional load to safely transfer it to the supporting member. 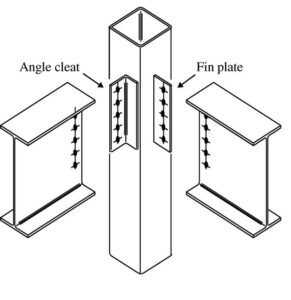 The behavior of this connection is complex and a lot of parameters to be considered in order to safely transfer the overload. But as far as bolts are considered. Additional tension force and shear force due to the overload should be determined and checked with the capacity of the bolt.

Note: I have not discussed the behavior of connection plate or cleats, since the question is all about bolts alone.

Based on the type of connection, the force transfer through the bolt varies. Keeping that in mind, and verifying the capacity of the bolt for the additional overload would suffice to ensure a safe connection.