The general principle of a scaffolding construction – to provide a platform for workers and materials while work takes place. We can classify types of scaffoldings in following ways:

This is the most commonly used form of scaffolding and is the type that you will see being used in construction work and on most other forms of work where elevation is required. 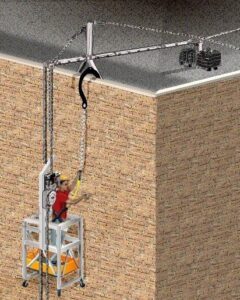 Suspended scaffolding is typically suspended from a roof or other tall construct. It is most commonly used when it is not possible to construct a base, or where access to upper levels may be required, and the building of scaffolding from floor to the required level would be impractical. 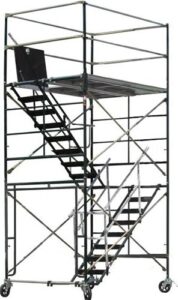 Rolling scaffolding is a similar type of construct to supported scaffolding, but rather than offering a stable base, it uses castor style wheels that enable the base to be moved. This is a useful form of scaffolding when you need to complete work over a longer distance than a single scaffolding construction would permit.

Aerial lifts should be used where workers need to be able to access a number of levels in order to be able to complete a construction.

2). BASED ON MECHANISM USED 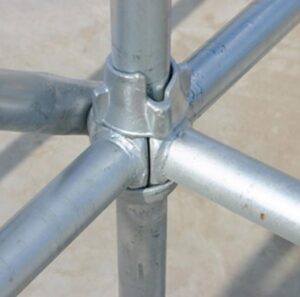 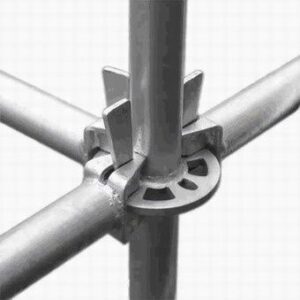