It is difficult to make concrete which does not shrink and crack. It is only a question of magnitude. Now the question is how to reduce the shrinkage and shrinkage cracks in concrete structures. As shrinkage is an inherent property of concrete it demands greater understanding of the various properties of concrete, which
influence its shrinkage characteristics. 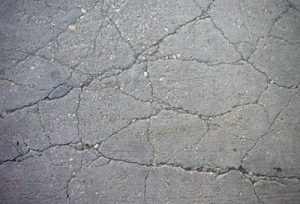 It is only when the mechanism of all kinds of shrinkage and the factors affecting the shrinkage are understood, an engineer will be in a better position to control and limit the shrinkage in the body of concrete.

The term shrinkage is loosely used to describe the various aspects of volume changes in concrete due to loss of moisture at different stages due to different reasons. To understand this aspect more closely, shrinkage can be classified in the following way:
(a) Plastic Shrinkage,  (b) Drying Shrinkage;
(c) Autogeneous Shrinkage, (d) Carbonation Shrinkage.

Types of shrinkage of concrete

Shrinkage of this type manifests itself soon after the concrete is placed in the forms while the concrete is still in the plastic state. Loss of water by evaporation from the surface of concrete or by the absorption by aggregate or subgrade is believed to be the reasons of plastic shrinkage.

The loss of water results in the reduction of volume. The aggregate particles or the reinforcement comes in the way of subsidence due to which cracks may appear at the surface or internally around the aggregate or reinforcement

The loss of free water contained in hardened concrete does not result in any appreciable dimension change. It is the loss of water held in gel pores that causes the change in the volume

Carbonation shrinkage is a phenomenon very recently recognized. Carbon dioxide present in the atmosphere reacts in the presence of water with hydrated cement. Calcium hydroxide [Ca(OH)2] gets converted to calcium carbonate and also some other cement compounds are decomposed. Such a complete decomposition of calcium compound in hydrated cement is chemically possible even at the low pressure of carbon dioxide in the normal
atmosphere.

Carbonation shrinkage is probably caused by the dissolution of crystals of calcium hydroxide and deposition of calcium carbonate in its place. As the new product is less in volume than the product replaced, shrinkage takes
place

Factors affecting of Shrinkage of Concrete

Another important factor which influences the magnitude of shrinkage is water/cement ratio of the concrete. As mentioned earlier, the richness of the concrete also has a significant influence on shrinkage.

The grading of aggregate by itself may not directly make any significant influence. But since it affects the quantum of paste and water/cement ratio, it definitely influences the drying shrinkage indirectly. The aggregate particles restrain the shrinkage of the paste.