What are the differences between Black and red soil?

The blackness of a soil, if it isn’t volcanic, is caused by carbon based molecules, or molecules of organic carbon. This is formed from decomposing hydrocarbons, like cellulose and lignin.

Red soils are decomposed shale, or clay. Shale is very ancient, as the mountains eroded as they grew even before life existed on earth. Since there was no life, the shales created then are red from iron, the most common element on Earth. 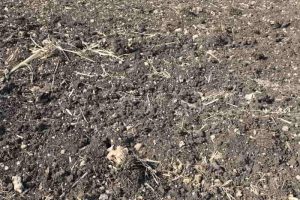 As second ranges of mountains grew in areas that had received the erosion from the first ranges that sprang up, the shale eroded into clay, and deposited as clay soils. Note that if shale is heated, it forms yet another class of stones. These resist erosion, and my erode into the soil of other colours depending upon how the elements in the stone combined with the iron under conditions of high pressure and temperature.

Marine soils form yet another class of soils; they may be sands, muck or peat. Saltwater preserves the organic matter better than ordinary freshwater conditions and back bays are perfect storehouses for organic-rich silt.These are the difference between black and red soil.