Truss is a structure which consist of two or more members which acted as a single object. If a structure is stable it is called as statically determinate.It the number of unknowns is equal or less than the number of equlibrium equations then it is statically determinate.The analysis of truss can be done by maintly two methods, that is method of joints and method of sections

Force developed in a truss member is always axial, it can be compressive or tensile 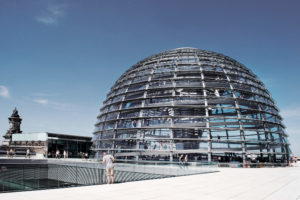 Analysis of Truss-Method of Sections and Joints

Weight of the member is neglected

Truss is loaded at joints

Members are connected at ends only

No need to consider any secondary moment due to the friction

A truss can be analysed internally or externally.

m=2j+3 then it is statically determinate,it means it is a stable structure.The number of members to keep in stable position is equal

m<2j+3  unstable structure. the number of members is less than the required members.So there will be chance to fail the structure.

The frame analysis can be done by

The steps for the determination of member forces

For the determination of reaction forces , we can use two equilibrium equations that is

The sum of vertical forces is zero

The sum of horizontal forces is zero

The moment acting at any point is zero

Note the point  that we cannot take any moments at any joints,because all the forces are passing through the same point.

Then move to the next joint and find the forces in the members.Repeat the procedure and find all the member forces

Calculate the reactions at the support

Here comes the most important part of method of joints.Cut a section of the truss in a way that the section should pass through 3 members.

Each part seperated by the section is in equilibrium state.Focussing of the part,which has lesser number of unknows and applying the law of statitics, the unknown forces in the members can be found