Elattuvalapil Sreedharan, popularly known as the “Metro Man”, is an Indian engineer who played a key role in the building of the Konkan Railway and the Delhi Metro. In India millions of people are dependent on the public transport and the credit for changing the very face of Indian public transport goes to this enterprising engineer.

He executed the complete work within 46 days as against the six months allotted to this task. Recognized by the government for his brilliance, he was made the in-charge for planning and designing the Kolkata metro, the very first metro in India. The next several years saw him working with the single-minded conviction to improvise the public transport system in India.

He had become such an invaluable asset to Indian Railways that the government let him know that his services would be required even after he retired from IES. Several national and international honors have been bestowed upon him for his pioneering works 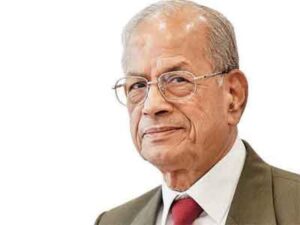 Who is E. Sreedharan? Everything You Need to Know