What monuments used to look much different in the world?

The pyramids used to appear quite different thousands of ears ago. In fact, if you looked at it during the day, it would be so bright that it hurt your eyes. Their craftsman used to grind the sides really, really hard making them very flat and white.

As a result, this process produced a much lighter and flat side. It would reflect the light outward with unrivaled power.There was also much less smog and pollution back then. You’d have seen them from incredible distances. They were triangles made of white. It presented Giza as having bathed in sunlight, as being holy. 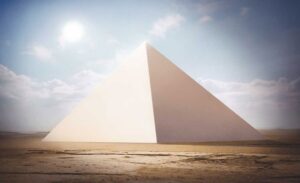 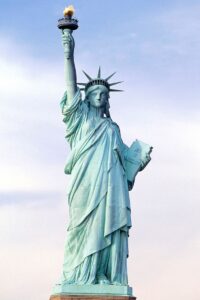 Pretty famous monument, was given to the Americans by the French, all that’s pretty common knowledge. What I found that was really interesting is that actually, the Statue of Liberty wasn’t originally green. See, the statue is made of copper, a metal which changes when exposed to oxygen.

Though the statue was originally a nice caramel colour, the decades of exposure actually formed a layer outside of the metal called a patina, which gives the statue its iconic greenish-blue colours, along with an extra layer of protection.