Piles are often pipe but not always and are generally driven or inserted into the ground until stable soil is found. These are called end load or bearing piles.

Where there is no solid soil within a reasonable distance from the surface, friction piles can be used. The difference is that friction piles transfer the load thru contact with the surrounding soil and so are subject to vertical movement under some conditions. 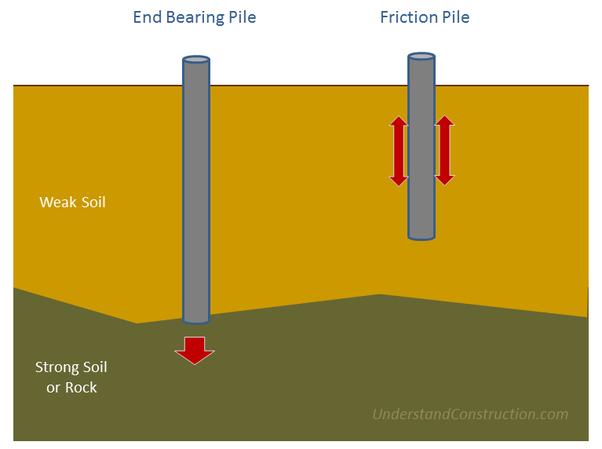 Engineers spend a lot to time in making these calculations to insure a successful project.

In any case, the objective is to transmit loads from and through the building, to a stable base in the ground.