Why railway stations have roof trusses instead of concrete reinforced slabs? 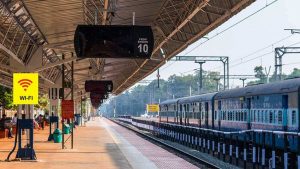 Most single roof structures, not only railway stations, but also industries, stadiums are in steel.

These are just a few of the reasons……