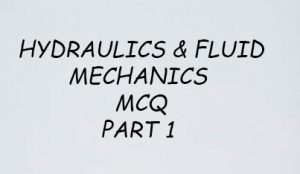 Question No. 02
The property by virtue of which a liquid opposes relative motion between its different layers is called
(A) Surface tension
(B) Coefficient of viscosity
(C) Viscosity
(D) Osmosis

Question No. 05
When a body floating in a liquid, is displaced slightly, it oscillates about
(A) C.G. of body
(B) Center of pressure
(C) Center of buoyancy
(D) Metacentre

Question No. 06
The pressure of the liquid flowing through the divergent portion of a Venturimeter
(A) Remains constant
(B) Increases
(C) Decreases
(D) Depends upon mass of liquid

Question No. 09
A vertically immersed surface is shown in the below figure. The distance of its centre of pressure
from the water surface is 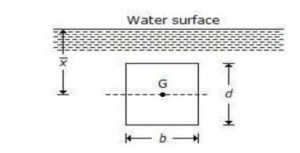