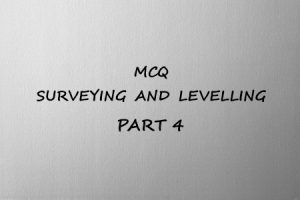 Question No. 1
Subtense bar is an instrument used for

Question No. 2
Volume of the earth work may be calculated by
(A) Mean areas
(B) End areas
(C) Trapezoidal
(D) All the above

Question No. 4
Pick up the correct statement from the following:
(A) The directions of plumb lines suspended at different points in a survey are not strictly parallel
(B) In surveys of small extent, the effect of curvature may be ignored and the level surface of the earth is assumed as horizontal
(C) In surveys of large extent, the effect of curvature of the earth must be considered
(D) All the above

Question No. 6
Over-turning of vehicles on a curve can be avoided by using
(A) Compound curve
(B) Vertical curve

Question No. 10
The conventional sign shown in below figure represents a 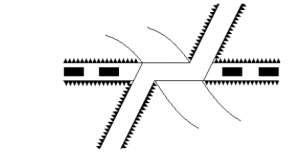