I actually really like the idea of having a “compound” style house. Basically, this would be like having several outbuildings on a single compound.

Were this to occur, it would be out in the Pacific Northwest. No air conditioning needed, and the winters don’t get that cold. One of my friend’s moms lives out in the countryside in southern Washington state and it looks like this: 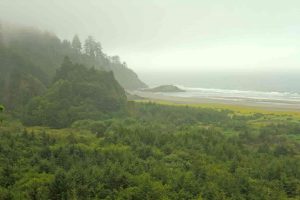 I mean, hell yeah. I like that. This pleases me. The other great thing about it is that it’s so incredibly fertile. When I lived in Portland, Oregon, I was sitting on the back steps taking a business call in my backyard, when I absently pulled a leaf from a “bush” next to me and started absently rolling it between my thumb and forefinger.

After a moment, I caught a whiff of the leaf and blinked. Man, I thought. I want to put this on chicken!

Turned out it was summer savory. After poking around the overgrown backyard for a while, I realized that some earlier tenant had planted a garden and the place was absolutely infested with savory, rosemary, basil, collard greens, onions, kale, squash, potatoes, and a bunch of other crap that I don’t remember. And nobody had tended the backyard for years.

Basically, stuff just grows in the Pac NW. Roses the size of your head. Et al. So, obviously, just, massive, massive gardens are possible. I want these.

I would want a small, 600-ish square foot house with a bedroom, bathroom, kitchen, and living room. Kind of like this: 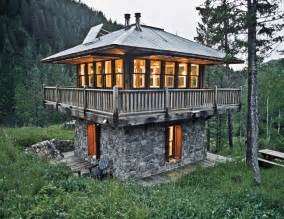 In fact, if you can make it look exactly like that, fuck yeah. I want my stone turret house in the woods with a 360 porch I can sit on when it rains, thank you. I am king! Of my teeny-tiny castle.

In an ideal world, it’s got those solar panel roof tiles. And the kitchen has one of those professional-grade gas stoves, and the washer/dryer is on the same level as the bedroom. Compost toilet would be fine. Some kind of water system where I can make use of the rainwater (‘cause there’s no shortage of it). A wood-burning heating system would be fine. I know how to work those.

I would also like to have a separate outbuilding where I can have my office. That would be walled with bookshelves and have one of those mahogany tables as a desk, along with some insane computer setup. And satellite internet.

My aesthetic is basically this: 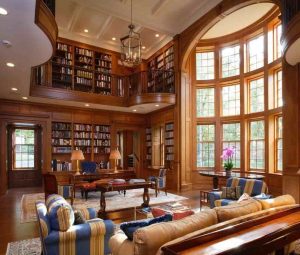 I mean, obviously, that’s a bit of a larger scope than what I’d be looking for (and I would not want ceilings that high; a nightmare to clean and heat), but I’ve always wanted to write my stupid ebooks in a place that makes me feel like Howard Hughes or Scarface. You know. Kinda smells like cigar smoke and embezzlement. Whiskey in a glass decanter.

I would also like another outbuilding for storage, particularly if I’m working a business that requires inventory.

And big gardens. Mostly vegetable gardens, and a massive plot for herbs. And probably a giant dog, because if I have a ton of land there’s no reason not to have a big dog to run around.

The good news about this setup is that it’s eminently expandable. If I lost my mind and got married, for instance, he/she could also have his/her own outbuilding tailored to their interests and aesthetic. (Because I’d probably marry somebody who like, really likes the country look or something. “Okay, baby, you can have all the chicken-themed knick-knacks and “distressed” furniture you want. In YOUR outbuilding.”)